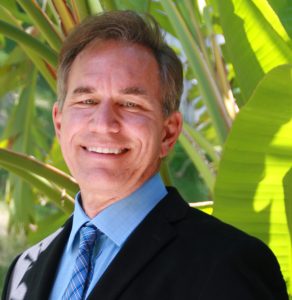 Richard Uzelac, who lives in California, founded two successful companies: GoMarketing in 2010 and RealtyTech Inc. in 2002.

Richard Uzelac’s life is not just about more than just running businesses. He also loves to do many things aside. He is an enthusiast of many things, such as photography, health and fitness, auto cars, and martial arts or wrestling. You can follow him along with many of his blogs: Richarduzelac.me, uzelacdiet.com, and finallystanding.com

He was born in Philadelphia, Penn, and spent most of his life there while a little bit of his childhood in Tampa, Florida. And after earning his degree, he started as a journalist but didn’t like how it paid back then, so he moved to New Jersey to become a real estate agent and made a killing by listing houses. Richard Uzelac began his career as a real estate agent for Century 21, where he earned the #1 Ranked Agent in the entire state of New Jersey in 1982. And he also worked for a company in Southern New Jersey, where he made their first real estate newsletter, Parade of Homes, in 1983. After that, Richard Uzelac wanted to move to CA, so he sought a career as an aircraft controller for the Federal Aviation Administration, where he also made a lot of money. However, after ten years of working in the FAA, he lost his hearing and subsequently had to leave. Eventually making him pursue his passion back for movies and filmmaking. He then started his career as a location manager, which he enjoyed and was known for these movies from Paramount and Orion Pictures: “The Maker”, “Back in Business” and “Retroactive” (Check for his credit: Richard Uzelac, Location Manager). Along with this, he made himself an Emmy Award-winning network television graphics designer for the animations he created for the 1998 Nagano – Japan Winter Olympic Games.

Through his mastery of design in graphics, Richard Uzelac joined Homestore Inc (later renamed Move.com)and became a Senior Director of Production. He also took his way to become a Senior Director at Realtor.com and Homebuilder.com. He earned this by improving their line of business, such as enhancing Realtor.com’s website: shortening search paths, removing ads, and increasing Realtors branding. Hence, this resulted in an increase in leads to Homebuilders by 500 percent and led to Realtors by 200 percent. He also made a website for the global International Consortium of Real Estate Associations.

Richard Uzelac always makes sure to provide high-quality services for his clients and always goes for the extra mile.

Inspired by the years of experience and skills gained, He has these mottoes embodied:
“My motto when we started is still in effect. We aim to:
Understand: “When people talk, listen completely. Most people never listen.” ― Ernest Hemingway

Who are you and your company? What do you do? Where do you seek change? What are your Goals?

Engage: “There is no development physically, intellectually, or financially without effort, and effort means work.” – Calvin Coolidge
Once we know what you want and need, we go to work! We engage our entire arsenal of Marketing programs to meet and exceed your goals.

Succeed: “People with goals succeed because they know where they’re going.” – Earl Nightingale

Grow: “Strength and growth come only through continuous effort and struggle.” – Napoleon Hill

There is only one finish line in life, and we all know what that is. So while we are in it, we are in it not only to succeed but to grow, constantly.

“A little bio can’t tell the whole story, but the key is I will work hard for your success and am confident that whatever business consulting you need, I will be able to create a successful outcome for you and your company,” Richard Uzelac said.